Experiencing the hArt in Southwest Airlines; Changing A World

As I so often do each week, this morning I boarded a plane for the purpose of business travel, and today I was on a Southwest flight to Chicago. I’m a pretty easy going traveler – not often bothered by the many ‘challenges airlines, people and travel, in general, offer.

I settled into my seat, having boarded in the second group, ready to use the quiet time to catch up on work. As the flights attendants began to ready the cabin for the beverage service, I noticed on attendant reaching into the overhead compartment for a box of ‘Plane Cookies’. This caught me by surprise, and with a little giggle, I interpreted the contents to be cookies for the plane; and offered by own perspective to think they were plain cookies. Nothing fancy, but certainly clever … after all, it is Southwest.

About an hour into the flight, the flight attendant asked if there was a nurse or doctor on board. Three (3) people jumped to the aisle and made their way to the ‘patient’. I could see some of the controlled commotion taking place, and not long after, the pilot announced we could be diverting to another city in response to our onboard emergency. The pilot was calm, clear in his explanation, apologized for the inconvenience, add that ‘at Southwest, they take care of everyone, and we would do the same for you’.

As the plane began to turn, I was overwhelmed with emotion. Tearful I watched those magnificent clinical volunteers and attendants care for another human being – a stranger, a person in need. They weren’t performing CPR or any extraordinary clinical care procedure – they were simply comforting, caring and sharing their expertise. Most profound to me was that they made this choice. They could have stayed in their seats, the flight attendants could have appeared bothered, but instead, they had chosen to change a world…. the world of a passenger, a patient, a person.

You see, I believe that ‘Everyone Has the Capacity to Change A World’

Each of the passengers on board also played a part, as well. No one complained. There was a quiet acceptance of this unexpected event. The unspoken feelings of ‘I hope she is ok’ was palpable. This response was so drastically different from my flight (on a different airline) the previous week, where our flight was delayed and we were forced to return to the gate. Passengers were vocal, filled with the activity of trying to rebook their flight, and general (vocal) displeasure in the circumstances, experience, and airline.

We landed, the airport first responders carried the woman off the plane, and once again the flight attendants and pilots readied the plane for our Chicago destination.

The flight attendants again began the beverage service, and now five (5) hours after I had left home this morning, I was hungry. I asked for some of those ‘Plane Cookies’.

I opened the pack, and with a bit of (LOL) laughter, I reached in and pulled out a cookie shaped like a plane.

At that moment, the whole experience connected. It wasn’t that Southwest Airlines facilitated an experience filled with humanity, heart and healing. Southwest Airlines was the heart of this experience! Their clever, personal, quirky, serious, caring, compassionate, authentic attitudes, actions and behaviors across the entire experience created a change a world moment, and a heartfelt smile within this passenger (me).

Thank you Southwest, for sharing your heart and changing my world today! 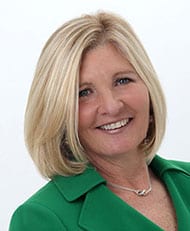 ABOUT THE AUTHOR
Diane Rogers is a facilitative, leader with a collaborative approach inspiring individuals and organizations to raise the bar toward the Achievement of New Potentials, together. She has a diverse background, with a history of demonstrated leadership positions across multiple industries, including healthcare, software IT, aerospace and nuclear power. Diane can think big and put the details in place to design effective action plans building trust and respect along the way. With her unquenchable energy, she tenaciously engages stakeholders to join the improvement journey and, along the way, cheerfully nudging the players, bringing them to the same page, to move beyond their potential.